the story of the holiday party. 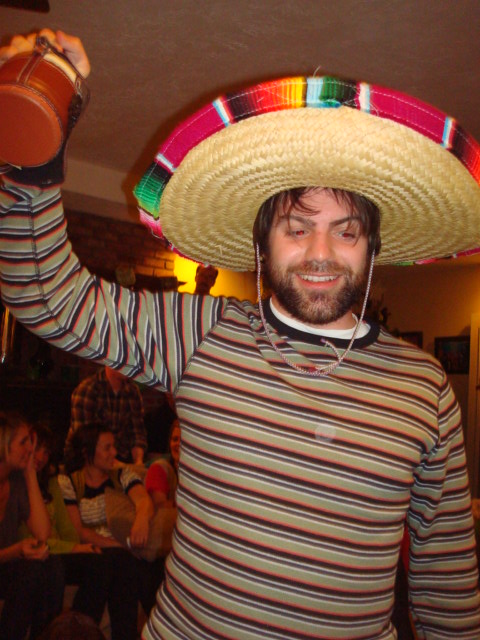 early in the white elephant gift exchange, will k scored with an authentic mexican getup. 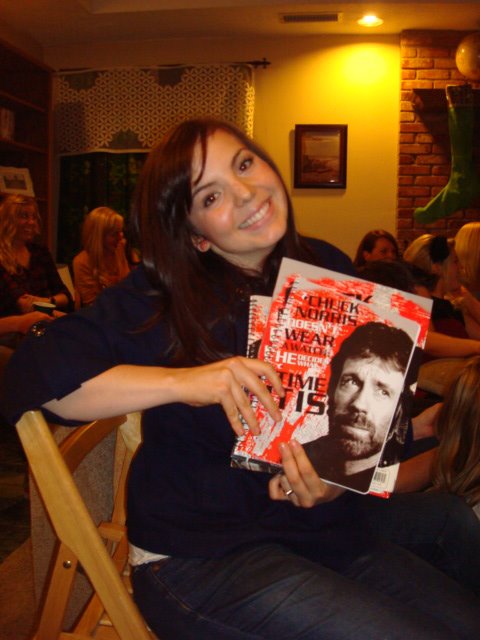 heather learned that chuck norris doesn't wear a watch...he decides what time it is. 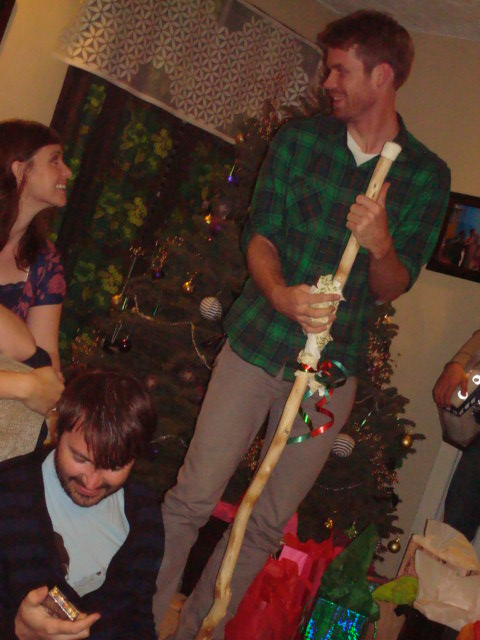 skyler got a walking stick. all i will say is that it's a good thing this was the only photo i got of him opening it! 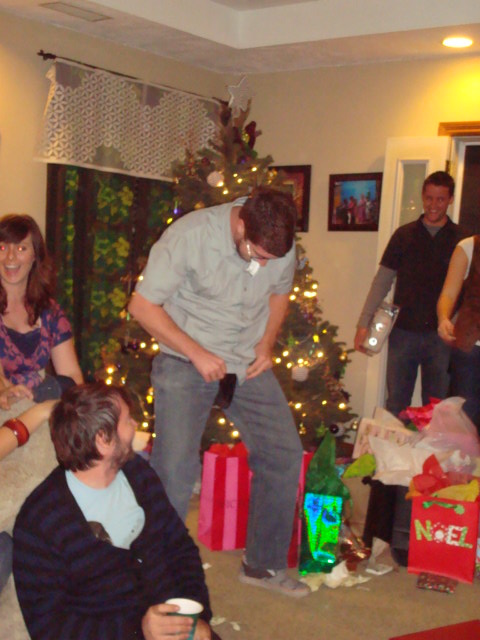 ryan got a man thong. i'm pretty sure this was set up ahead of time. 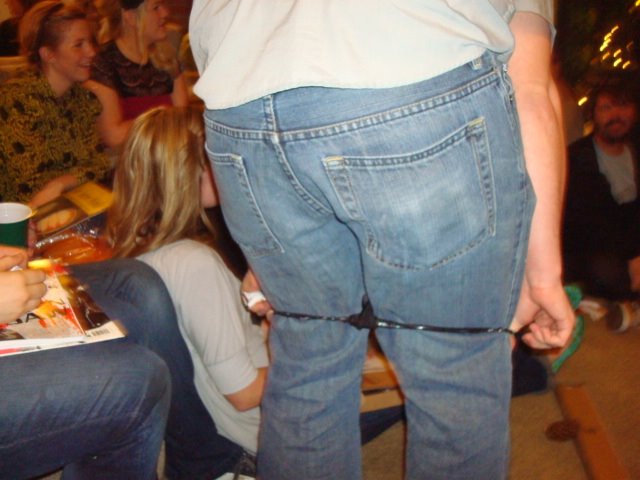 i believe the man thong was stolen by craig and promptly put on. the "put it on" chants were in vain because it always goes on regardless. 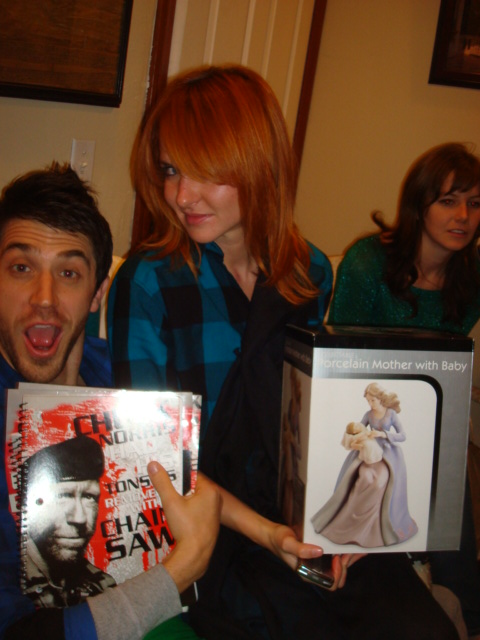 kenny stole the chuck norris folders because he thought it was cool that chuck norris got his tonsils taken out with a chainsaw. jill scored a precious and delicate christmas gift for her mom-in-law. 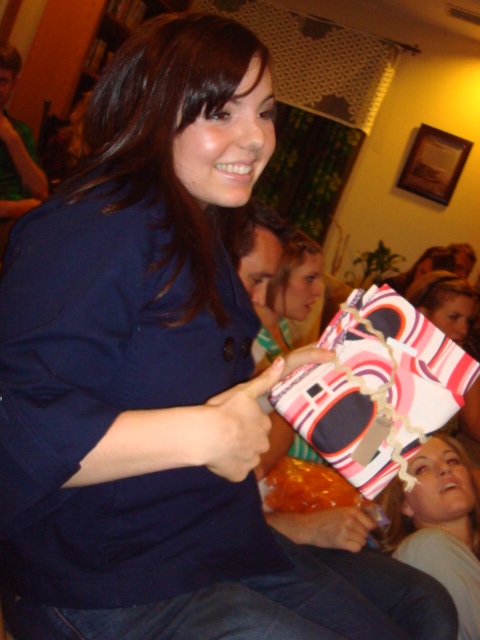 heather fought hard to finagle the geela wrap but it was to give to a preggo lady, sweet huh? julie windes i think. 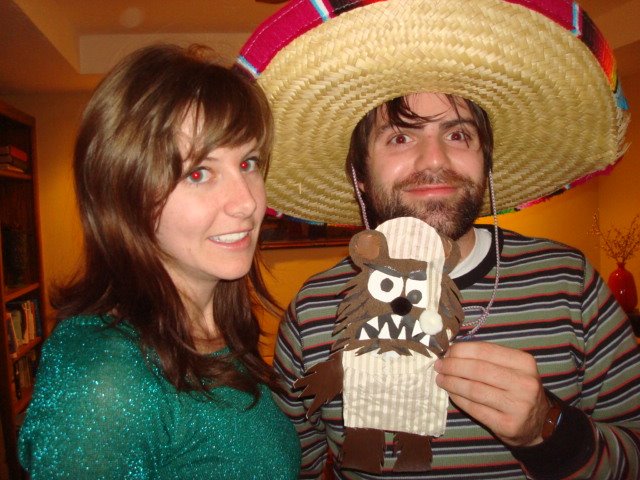 will k should have won the ornament contest hands down, but unfortunately late submissions were frowned upon. he was really upset that he did not get to take home the cats 2009 calendar prize. 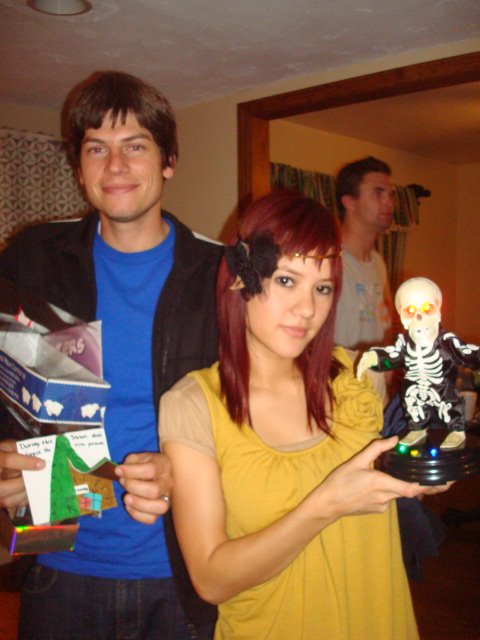 check out will's homemade christmas tree ornament. it even has flaps that open up. i didn't make an ornament but i made a headband, check it out upon my lil readhead. my heart broke when i did not win the "dancing like a robot/light up/livin la vida loca skeleton wearing a skeleton suit costume," fortunately my soon-to-be-brother-in-law swapped a deal and delivered it to my anxious hands! will walked out with a fuzzy sheep neck pillow which he stole from the aforementioned pregnant girl. 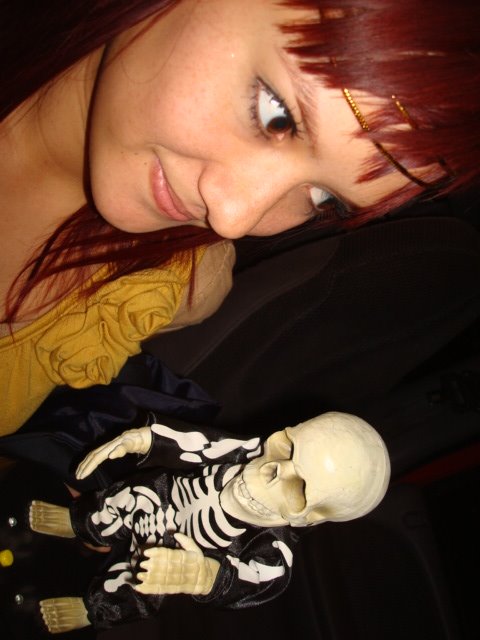 why is this sideways? oh well. here's me and skelly! I LOVE HIM!!!!!
skelly, that reminds me of kelly - how did i miss getting photos of the engaged couple????